Are divorce records public? The hidden danger of fault-based divorce.

A frequent concern, especially for those divorcing on the grounds of adultery and unreasonable behaviour, is if divorce records are public.

The divorce files held at court include the marriage certificate, divorce petition, decree nisi and decree absolute, but the only document available to the public is the decree absolute.

The decree absolute is the document that legally ends your marriage. The only information that it contains is that you were once married, that the courts gave you permission for a divorce and that the divorce has been made absolute – final, without any condition or incumbrance.

Only if you went to court to defend a petition would details of the divorce be available to the public. Fortunately, very few divorce cases get this far because of the cost and complexity of bringing such a case to court. This means that other than the judge presiding over matters, only the spouses involved will know the divorce details in the vast majority of cases.

If divorce records aren’t public, does it matter what’s written about you?

The reasons that lead to divorce rarely impact any financial settlement. Instead, the court looks to make sure that any financial settlement is fair and prioritises the welfare and needs of any children. Bad behaviour or committing adultery does not affect this. Usually, only in situations where one partner has recklessly or deliberately destroyed assets will this be considered.

However, in a fault-based divorce – adultery or unreasonable behaviour, the petitioner can ask the court to order the respondent to pay for their divorce costs.

In this case, the problem is that my client’s wife has hired a London law firm that is hell-bent on driving up their legal costs and has requested that my client pays.

Going to court to dispute paying the legal costs can cost tens of thousands, and the only people who tend to benefit financially from going to court are the solicitors. To avoid this, we wrote to the court to counter-argue that neither party is solely responsible for the marriage’s breakdown and ask that each party pay for their own legal costs.

How can I protect myself against paying my spouse’s legal costs?

For a fast and easy divorce, the best approach is to agree on the details with your spouse in advance. During this discussion you can decide on who is responsible for what legal costs. However, beware that if your spouse gets legal counsel, unscrupulous law firms will try to claim their costs from you. Your only protection against this possibility is to become the petitioner and file for divorce first.

If you would like to discuss any of the points raised in this article, or start your divorce, email us, or call us on 02045308101 or schedule a call back below.

Request a call back from our team 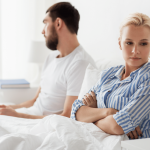 Why Do Couples Stay Together in Unhappy Relationships?
02/03/2021James Brien 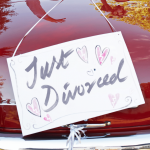 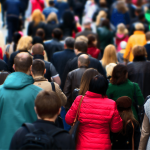 If you have questions about this article, or anything about divorce, contact us here.