The latest figures released by The Office of National Statistics reveal that annual divorce rates in England and Wales increased by 18% in 2019 – the highest year on year rise since 1972.

The number of divorces surged in 1972, following the Divorce Reform Act of 1969 which made it easier for couples to divorce upon separation. This was the start of the defining period for divorce as the numbers exploded until reaching an all-time high in 1993. Could we on the cusp of a similar pattern?

Impact of pandemic on divorce rates

According to new data released by legal service comparison site The Law Superstore, it certainly seems so. Overall, demand for divorce services was 30% higher during May and June 2020 than during Q4 2019.

The data suggest that lockdown measures that confined families to their homes and reduced outside social contact created tense environments for some married couples. Throw in additional worries about job security and stresses of homeschooling and many more couples have been pushed to breaking point.

James Brien, CEO of Easy Online Divorce, said, “Almost half of the divorces in 2019 said behaviour was the reason for the breakdown of the marriage. This is because unreasonable behaviour provides the quickest and easiest way to divorce. The only other option for a quick divorce is adultery, which is notoriously difficult and costly to prove.”

James added, “On a positive note, the pandemic is encouraging couples to take a more practical approach to their divorce. Concerns over finances and a strong motivation to divorce quickly has seen divorcing couples to put the usual conflicts to one side to reach an agreement. Not only does this have a positive impact on the cost and speed of divorce, but it also significantly reduces the emotional damage to couples and their children. Easy Online Divorce, can complete your divorce petition from the safety and comfort of your own home, so there isn’t any reason to delay.”

If you are considering a divorce, book a free consultation to talk through your options with Easy Online Divorce here.

PrevPreviousEverything you need to know about online divorce services and high street solicitors. Which is best for you?
NextBrexit puts 5 million couples at risk from delayed divorce. With the UK leaving the EU on the 31st December, does it effect you?Next

Happy New Year? Can I still see my child during the third national lockdown? 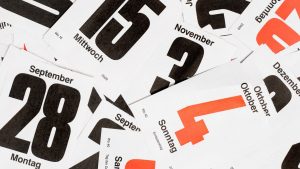 How Long Does Divorce Take And How Can I Get A Quick Divorce Online In The UK?